Today is the start of a new decade. I look back into the past decade and realize that I was tiny 10 years ago. I wasn’t even in high school yet. Reflecting on major influences from the past 10 years in my life is difficult to do as things that may have been a big deal then seem so small and insignificant now. But I am going to try.

In 2001 Harry Potter and the Sorcerers Stone came out as well as Moulin Rouge, The Lord of The Rings: The Fellowship of The Ring, Pearl Harbour, Oceans 11, and Shrek. It was a good year for movies. I think I started doing Ballet again in this year too. I was also in std 5, now known better as grd 7 in school. That means I was a senior in Primary School. Big Fish in a very small pool. I was also a prefect.

In 2002 I went to high school. Small fish in a big sea. For initiation I had to wear a stocking on my head, walk around in a cardboard box painted in spots, and carry a brick around. I was a cow and the brick my baby. It was a new school, with new friends, just what I wanted. I visited Russia and fell in love. I haven’t been back YET, but I will. I also payed a visit to Finland (went to a Finish high school), Turkey (bought a Turkish carpet – well my parents did for me), UK (I learnt that family can be disappointing and hurt your feelings). I missed a whole term of school – when I got back people thought I had immigrated. I could only wish I had. The movie Chicago was released as well as Spiderman and another Lord of The Rings, and another Harry Potter. I found out i have an allergy to horse hair. I coloured my hair for the first time – it was blonde, and I made it lighter blonde – massive change!

In 2003 I fell over backwards into the bath after sending an sms about they guy I liked to him by accident when it was meant for my friend. I changed friend groups. I went to my first Oppi Koppi and my first Splashy Fen. I had the best 2 friends. We were like the three musketeers (Pepermint Tart, Suurlemoen Tert, and Milk Tart). I took up modelling (not my idea, I wanted to do drama).

In 2004 I changed friend groups yet again, this time not by choice (all of my friends moved away – Ghana, USA, Durban, Cape Town). I had my heart broken. But I had a great friend to share in the heart break as she too was going through the same situation. I went to Mozambique and met the guy that would later (2 years down the line) introduce me to Matt. Sex and The City ended.

In 2005 I became Anastasya and my friend became Nazdia (she is still under that name on my phone). My friend and I decided to have flings to mend our broken hearts – 5 years later she is still dating hers. I watched many many re-runs of SATC. I cut a fringe.

In 2006 all my friends became perfects. I went to Amsterdam and Italy (to dance). I missed my matric dance for this. I missed a lot of ‘important’ school events for my dancing. I officially started teaching. We missed the New Years countdown – twice apparently (not sure how that works). New best friend Toffee. Had an awkward moment, had another friend be very jealous of our friendship, had him have a thing with my cousin. Finally kissed my long time crush – and have my friend ruin it all. Was uninvited to the matric Vacation I helped plan, was then taken to Sun City for a week – 5* Accommodation, all expenses paid, should have been a dream, sorry. I met him! He went away for a month, we Skyped all month long and he became my best friend. I matriculated.

In 2007 had an all nighter we will never forget. Went to University. Met many new friends – spent most of my time dancing instead of going through the typical 1st year stuff. Moved. He moved in. I realized I am in love. I went on holiday a lot and worried very little. It was a great year. My dog died – I got her when I was 3 years old. I still miss her. I got Grishko, my new dog (named after pointe shoes).

In 2008 I found out that many students drop out, or change direction – more than i thought. I landed up in hospital, Ouch! I dyed the bottom part of my hair purple. Car trouble really got to the whole family. We broke down (good and solid) 2 weekends in a row, once on the way to a holiday and the other time on the way back. Decided to move out. I didn’t. Got my pretty red Dell.

In 2009 I finished. I opened my own dance and Pilates studio, Studio of Motion. My birthday celebration was a week long. I sold my beetle, Daisy. SAD. And got a new car – Alfa Romeo (Roxy). Went to Ireland, the UK, and got stalked in Dubai International. He also got a new car – Land Rover Defender. A semi-good year in cars. I am so busy starting up my studio – and having my family help out that we didn’t even put up a Christmas tree and I din’t realize it was New Years eve until it was almost over. Witnessed a meteorite crash on earth – it was one of the most beautiful things I have ever seen. Got Swine Flu.

I think 2010 is going to be a great year, and a wonderful start to the new decade. Bring it on. 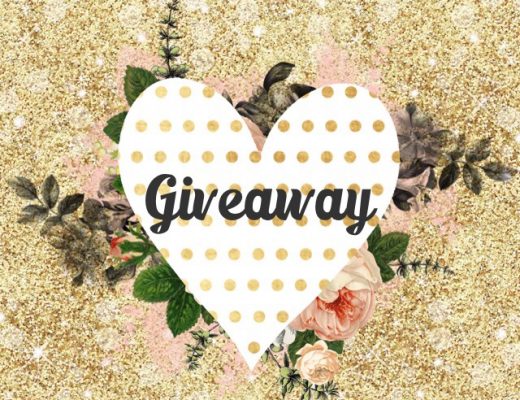