I’m sick of suffering from the inability to decide 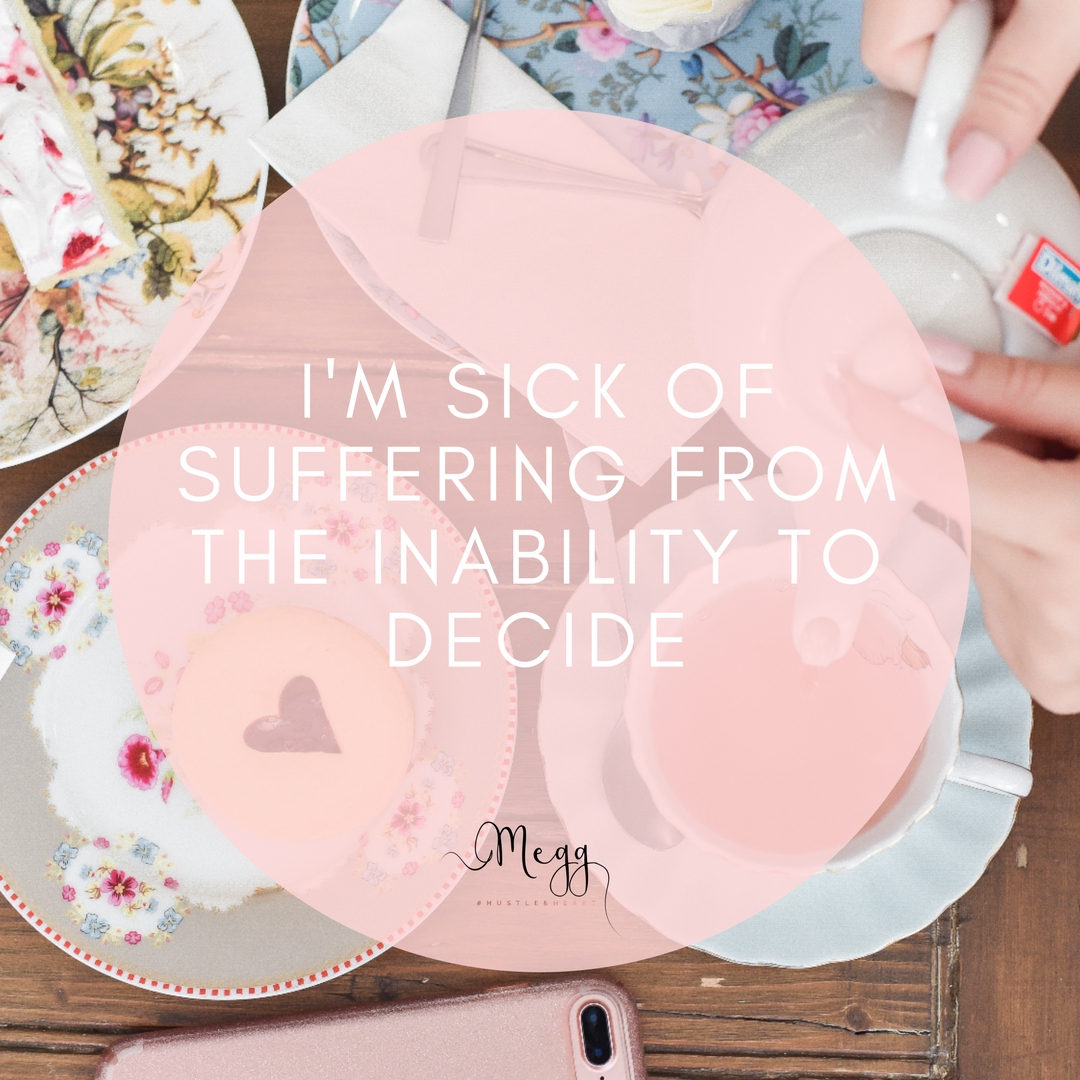 I’ve spoken about my indecisiveness before (you might recall my constant restaurant battles?). Well, my indecisiveness has actually become quite a sore topic for me. It’s caused a lot of problems and a sort-of hate bubbling deep down within me. The inability to decide has become an illness for me.

I know where “the inability to decide ” comes from

I do, and I hate it. It comes from a place of seeking approval. It’s pretty twisted but that’s what it is. Over the years, I have slowly lost the girl who used to be crazy and know exactly what she wanted and wouldn’t let anyone stop her. Over the years I have become the girl who has to have someone else’s opinion on dinner and who is constantly wanting to please (to the point where this constant need to please has become an irritation).
I have gone from always right (also not a good thing by the way) to okay, well, yes.

I have become so afraid

Adulting is hard!
I am not the only one in my family that can be indecisive. Matt can’t always make a decision either. Adulting means making many tough choices that WILL affect other people.
Adulting is so hard, guys!

Make a decision while in a peak state

So, at the height of everything, make a decision and then stick to it. Follow through. Finish. The end will come, whether your decision is a good one or a bad one. Just wait it out.
If you don’t make your decisions when you’re at your best, your decisions will be small and they will be weak.

Let me tell you what a complete mess I got our family into with regards to Lilah’s schooling.

We applied to three different schools for Lilah. One in the area we were living and two being in the area we were moving to. We were accepted to all of the schools. We then moved to the new area, and decided we prefer living in the old area and want to move back.
But, when we moved we told the school in the old area (after the cut-off date, which made them quite mad) that she won’t be attending. When we decided we wanted to move back I contacted the school to try to get her back in with no luck. We have now also told the other two schools (in the area we currently live) that she will not be attending there either as we are moving back to our old area.
Long story short – Lilah has lost the spot in the school we want her to attend because we can’t make decisions.

Live with intention and live with purpose

By making decisions and following through with them you are living with intention and with purpose.
In the movie, The Titanic Rose’s Fiancé Cal says “I make my own luck” while patting his pocket full of cash. This statement seems rather cocky, but by Cal saying this, he is making a decision. That is the decision to survive and to follow through, no matter what.
Similarly Shonda Rhimes’ book “The Year of Yes” is all about decisions and about living purposefully. You don’t always have to say “yes” as in her case (she explains she always said no, so saying Yes was something she needed to learn to do). In fact, saying No is not easy to do. It’s really difficult, in fact. But, in Shonda’s case, her book is more about the purposefulness of decisions and the power that a decision (whether the right or the wrong one) can hold over us.

Learning to say No, is important too.

A lot of the time our indecision turns into saying “yes” simply to please. Learning to say “No” to the hard things is never easy but it’s an important life skill.
E.g: you’ve been invited out for dinner with acquaintances. You don’t really want to go but you don’t want them to think badly of you. You don’t have anything in common though, and you don’t actually even really like the couple. But, if you say no they probably won’t invite you out again. So, you uhm and ah about it for a while. You land up getting back to them late (which makes you look bad, by the way) and you say “yes”. You still don’t want to go. Actually now you want to go even less because now you feel conflicted within yourself for saying yes.
You should have just said “sorry, but No”. “Unfortunately we won’t be able to make it.”  No excuses, no “little white lies”, no resentment. Just No.

In this article, Benjamin Hardy talks about making a decision public. I have started doing this and I have realised by doing this I have a bigger obligation to keep to my decisions. I have people that I’m accountable to, even if they don’t care.

This woman is crazy! Maybe send this on to some other crazy person who you know feels just like me, because you do know someone who does, right?
Or, I feel exactly the same way! Well, then change it. Somehow. Make it your purpose to live with purpose. Make it your goal to be more decisive. 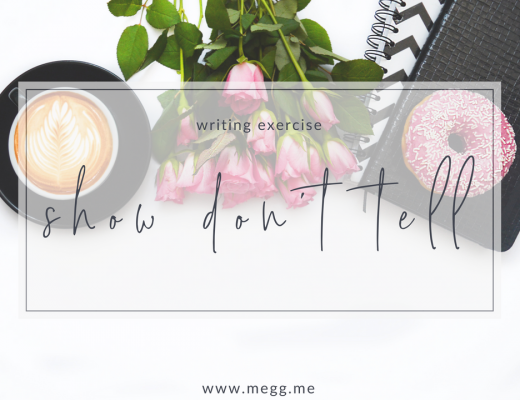 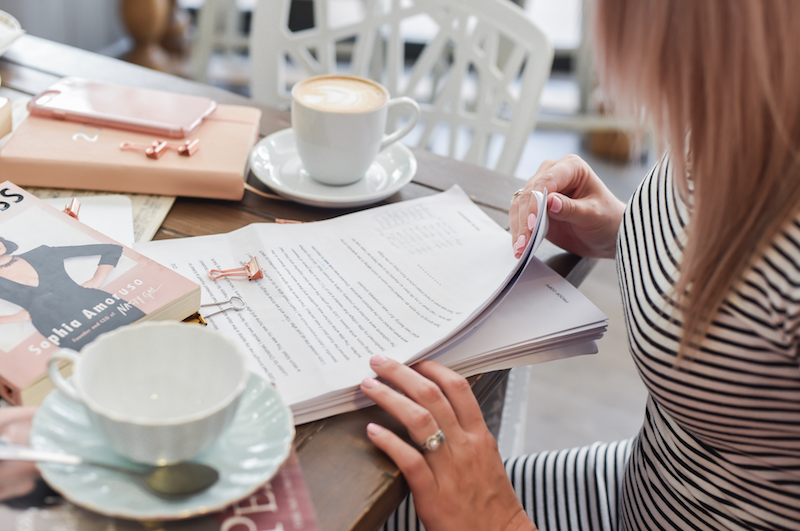 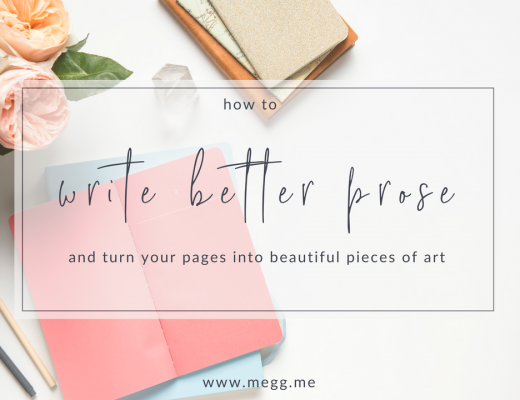